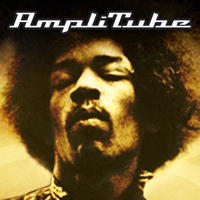 Want to rock Hendrix’s rig? Now you can with the new AmpliTube® Jimi Hendrix™ app. Play through a rock icon’s pedals and amplifiers, all from the convenience of your iPad.

AmpliTube Jimi Hendrix™ lets you build a flexible rig complete with 6 stompbox effects (4 pre amp, 2 post) and an amplifier head with cabinet, plus a two-track recorder (expandable to 8 tracks via in-app purchase) for capturing your musical ideas quickly and easily, and lets you share across different versions and devices.

AmpliTube Jimi Hendrix™ features models of all the legendary signature gear used by Hendrix in the studio and for his live performances. Now you can rock his amplifiers like the JH GOLD based on the Marshall® JTM45™ and the JH DUAL based on the Fender® Dual Showman™.

You can also rock the guitar pedals that let Hendrix make his sonic breakthroughs, as he experimented with the full expressive possibilities of electronic effects while creating his pioneering guitar tones.

Thanks to AmpliTube's Cab Room, you’ll feel like you are in your own professional recording studio. Mic your cabinets in full 3D in a beautifully rendered virtual studio environment with 2 iconic guitar mics (expandable to 16 mic models available via in-app purchase).

Connect your instrument via IK’s iRig 2 or iRig HD 2 interfaces, or use IK’s new iRig Stomp I/O to connect and control your rig with the same feel as the real gear.

AmpliTube Jimi Hendrix™ also features a robust “song” player section that allows you to play along with songs or backing tracks by importing them directly from your music library. Play along with his extensive discography with a collection of signature guitar tone presets.

Get creative with loops in AmpliTube via its Super Looper, which is available through in-app purchase. It makes it easy to record, play back, adjust levels and play along with up to 4 loops. Loops are easy to set and trigger, with external control for live use.

Need a drummer? Use the built-in Loop Drummer system to jam to killer drum tracks. Use the streamlined built-in 2-track recorder(expandable to 8 tracks via in-app purchase) to record, edit, tweak and share your songs via SoundCloud, file sharing or email.

Ready to get out of the studio? AmpliTube’s new Live Mode offers an optimized GUI designed specifically for live use. See your entire rig at a glance, with all the settings and controls you need displayed in an easy-to-read format designed for the stage.

If you currently own AmpliTube for iPad, all AmpliTube Jimi Hendrix™ gear models are available for in-app purchase as a complete set or a-la-carte. You can even use iCloud to transfer in-app purchases between different AmpliTube versions and devices. 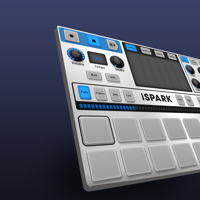 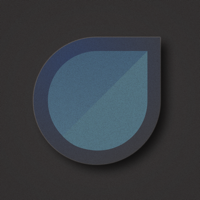 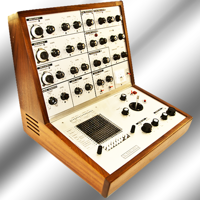 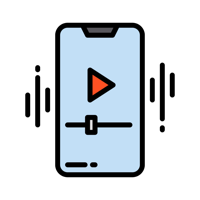